Donkey Kong classic is one of my favorite arcade games from the 1980’s. I spent countless hours playing this game in the arcade while growing up in the 80s. I hope you enjoy playing this free version online. No tokens required to play this emulated version of Donkey Kong! Free 80s Arcade is a 100% free online arcade website. This game is mobile phone and Iphone compatible.
Instructions, Game History and Hints towards bottom of page.
View screenshots of in-depth Game Play Instructions: Page 1, Page 2 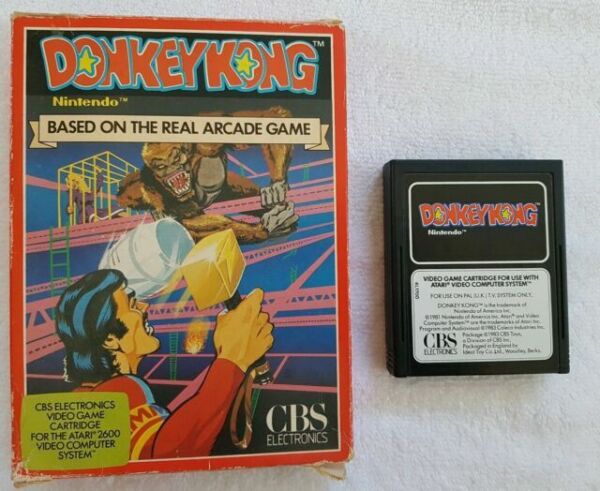 Instructions:
Click on the game window and hit the ENTER key to start Donkey Kong (you might have to hit start twice) . On a computer you can click the Zoom to expand the game to a larger size. On mobile phones and Iphone use the gameplay control buttons shown on your screen (only on mobile) to play and start the game. If you grew up in the 80's you shouldn't need additional gameplay instructions. Sorry, no sound on mobile devices in this NES emulator.

Game History:
Donkey Kong is an arcade game developed by Nintendo, released in 1981. It is an early example of the platform genre, as the gameplay focuses on maneuvering the main character across a series of platforms while dodging obstacles. The storyline is thin but well-developed for its time.

THE ORIGINAL CLASSIC
That beastly Donkey Kong gorilla has Pauline in his clutches. Can Mario save his girl and dump that Donkey Kong on his head? Construction site girders with ladders and elevators are on the scene in this original version of Donkey Kong.
GAME PLAY: Mario has to work his way up the ladders and sloping girders in the first level of play. Donkey Kong rolls barrels down at you to keep you away. You can jump over the barrels or use the magic hammer to bash the barrels and pick up a few extra points. Level two has elevators to deal with (don’t fall off), and Level Three has girders that must be unbolted to send Donkey Kong for a tumble. Run and jump for your life and go for that top score with this arcade classic.

This stage only begins to appear on Level 3. It appears before the elevator stage on its first appearance.

This stage appears on Level 2, before the Rivet stage. 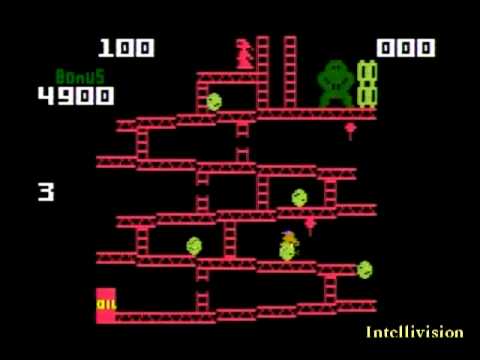 This is the climactic stage of each level.

Disclaimer: These 1980s Classic Arcade Games and Classic Video Games are for entertainment purpose only. I did not write any of these games myself. These games are provided AS IS and with NO warranty. All Copyrights are upheld with their respective game owners. 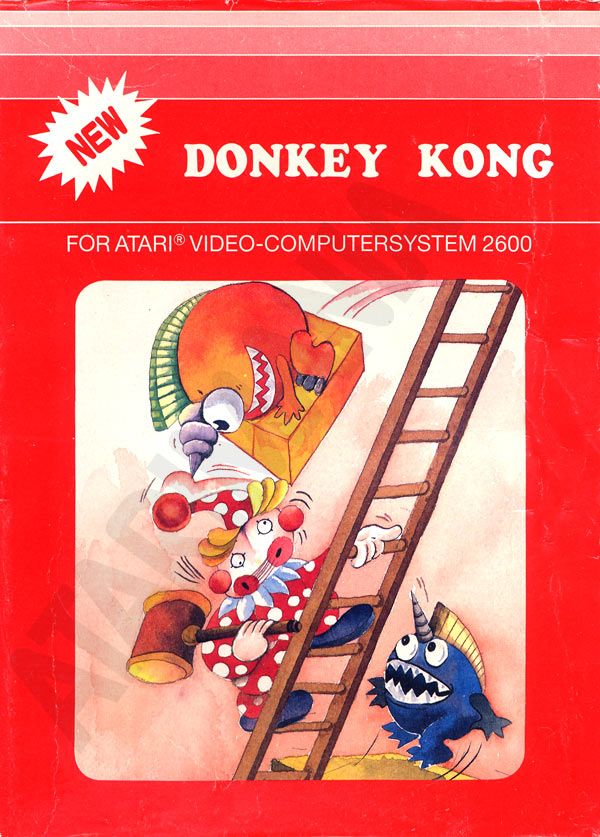 These are some of my favorite retro arcade games from the 1980's. Growing up in the eighties, I spent countless hours playing these classic video games. I remember playing the Pong Console, TRS-80 Color Computer, Atari 2600, Atari 5200, Colecovision, Intellivision, Atari 7800, Sega Master and the Nintendo Entertainment System (NES). I hope you enjoy playing these free versions online. Many of these games are mobile device and Iphone friendly.

TheGolden Era of Video Games was a time of great technical breakthroughs and game design creativity in arcade games. Video arcade games were designed in a wide variety of genres, while game developers had to work within strict limits of available processor power and memory. This era also saw the rapid spread of video arcades and gamerooms across North America, Europe and Japan. At the same time, video games started to appear in supermarkets, restaurants, bars, pubs, liquor stores, gas stations, bowling alleys storefronts and many other retail establishments looking for extra income and customer traffic.Very popular video arcade games would more than on occasion cause a crush of teenagers at arcades, eager to try the latest in public entertainment.

The two most successful arcade game companies of this era were Namco (the Japanese company that created Pac-Man, Pole Position, and Dig Dug) and Atari (the US-based firm that first introduced video games into arcades). These two companies wrestled for the top slot in American video arcades for several years. Other prominent arcade companies such as Sega, Nintendo, Capcom, Konami, Taito, Williams, Bally / Midway Manufacturing Company, Cinematronics and SNK were among many others also played major roles in the early development of the video arcade game industry.