'Mellow Maromi' is the 10th episode of Paranoia Agent. The production staff for a show called Mellow Maromi, a show based on the famous character drawn by Tsukiko all have difficulties meeting the deadline. Production coordinator Saruta Naayuki, frequently the cause of everyone's difficulty-is fighting traffic to deliver the first episode of the show to the network. Throughout the episode, he. Paranoia Agent Episode 13: The Final Episode Part 1 of 2. This feature is not available right now. Please try again later.

Yeah, this is how you end a series. Paranoia Agent’s finale completely discarded any ambiguity regarding the reality-versus-fantasy questions of the series proper, instead just directly embracing its fantasy leanings in order to create one of the most dramatically satisfying conclusions I’ve ever seen. Pretty much everything in this finale was perfect, from the gorgeous, heartrending conclusion to Keichi’s arc to the thematically thunderous finale of Sagi’s story. This was the ambiguous but optimistic closer Paranoia Agent needed, broadcasting Kon’s anger and desire to make people embrace the hard knocks of life as loud as it possibly could. Kon fucking hates artifice, and through this finale, Paranoia Agent established itself as a screeching ode to truth and sincerity. God damn. What a great show.

You can check out my full writeup over at ANN, or my notes below!

Keichi and Sagi walking through the dream world

“This is his town. The place where he can be happiest.” 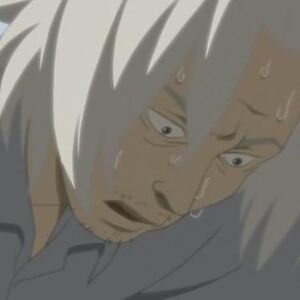 “Shonen Bat will never come here” says a street vendor. Everyone stares at them

Great cross-cut back to the real world, where a black sludge is consuming everything

Swarming out of televisions, swarming over the people checking their phones, like the very first shot of the show

“Nothing matters.” Keichi’s given up on everything

And then Mitsuhiro breaks through on a TV screen

“The minds of the people who depended on Maromi emotionally have let Shonen Bat grow infinitely larger!” 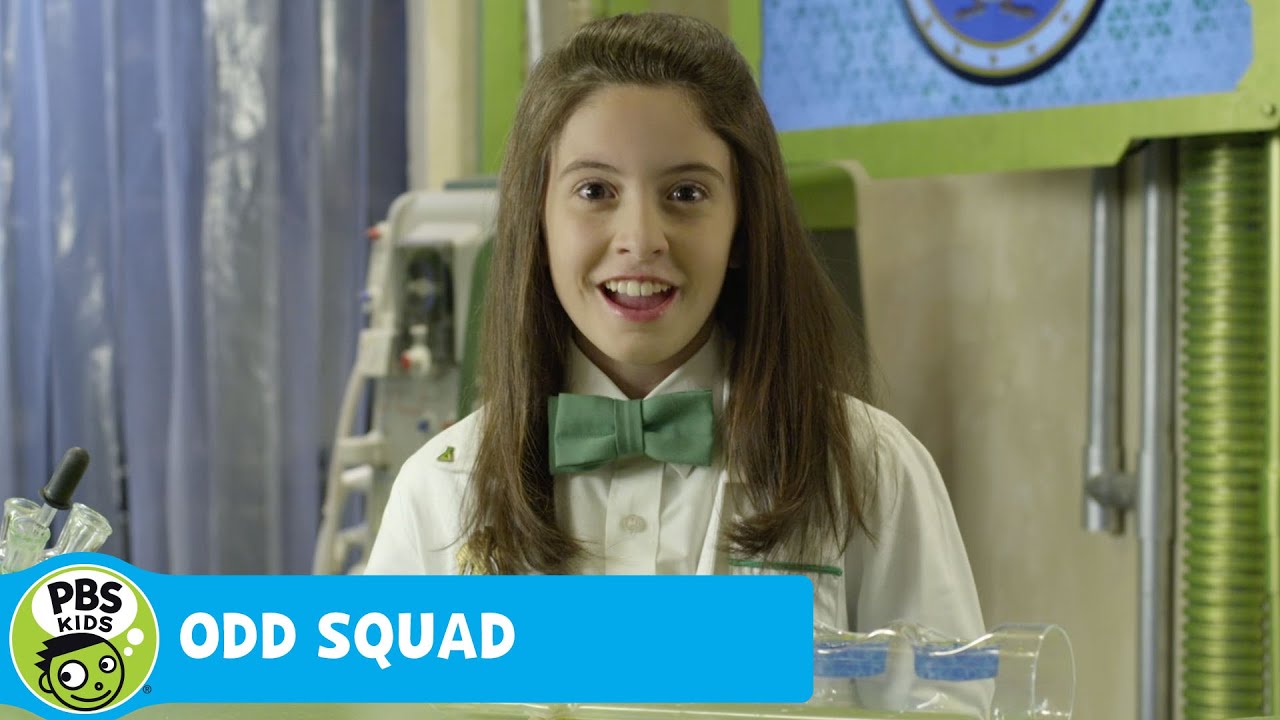 Ah, it was because of Tsukiko’s carelessness that the dog died. There we go

And then ignores his wife’s presence, getting drunk instead

All the people here treat Sagi as a little girl, which was essentially her “escape” in the real world – a sense of dependency, not being relied on by anyone

Misae, Keichi’s wife, has broken into the fantasy. Her strength is bringing him back to reality, even as she lies in the hospital

Maromi wants her to go away

And now Sagi has been reduced to being his daughter, with the actual dog Maromi. Living out a fantasy of happiness

“That’s right, I wanted a daughter. I didn’t get along with my father. I thought it’d be sad to have a son just to be disliked by him, just like I did my dad.” Jeez this is a good moment

“A makeshift salvation is nothing but deception.” Ah, I see. We’re finally getting the full versions of those scenes, as hammer-hits waking Keichi back up to the reality he’d come to accept. This actually retroactively improves episode 11

“No matter how hard it is, don’t run away, and we’ll overcome it together!”

HOLY SHIT THIS FIRST HALF FINALE. The sound design is absolutely wonderous here – the tinkling music replaced by the steady tone of the flat heartbeat monitor, replaced as he says “who are you calling father” by that triumphant embracing reality music

“But this is your home!” “What are you talking about, you stupid dog? My home went away long ago. The reality is I have no place to call home!” And he firmly, defiantly embraces reality

His universe was made up of all Maromis. Now the real world is a disaster area

“No matter how big you grow, you’re nothing but a deception!” he says, as he himself embraces the fantasy

Welp, now Maromi’s consumed by the Shonen Blobmonster, moaning at Sagi to run

“All this for a puppy. What kind of world do we live in?” lol Keichi

And everyone is swallowed up

Sagi sees her past self, and this time, she takes responsibility for her failure to help Maromi. A tragic little scene, preventing the birth of Shonen Bat

Shonen Bat is the villain all of us see in an unkind world, one who eventually takes responsibility for our actions away. He is a fiction, but he can become incredibly powerful if we let him, and if we grow dependent on the peace he brings

Keichi reaches the surface: “this is just like right after the way”

Tons of shots this episode that mirror the premier – the broken skyline, once ominous and impersonal

And now we’re getting more echoes of the first shots. The people crossing the street with the radio beneath

Dear lord did Paranoia Agent ever rally back. After tossing off what was easily its weakest episode so far, Paranoia Agent apparently decided it was time to throw out a trump card, and so tossed off an episode that skewered the fuck out of anime production while simultaneously working as a self-contained/beautifully composed horror story and also indulging in some lovely new visual tricks besides. This was an episode I’d heard of – given the current existence of Shirobako, it was probably impossible for someone as weirdly embedded in the western anime subculture as me to avoid having heard of “the Paranoia Agent anime episode.” But even for all the unfortunate baggage I’d carried to this episode courtesy of smug old-school fans shitting on Shirobako (which is a goddamn masterpiece, and will easily outlive the scorn of naysayers), I was pretty blindsided by this episode’s unimpeachable quality. Great visuals, fantastic use of classic Kon-isms, and a biting, passionate take on the anime industry. Couple that with a larger frame that actually fits well into Paranoia Agent’s structure, and you’ve got an episode that easily earned its sterling reputation. Paranoia Agent does not fuck around.

You can check out my full review over at ANN (and I go kinda deep on this one, getting pretty specific in my praising of its various aesthetics tricks), or run down my episode notes below!

A completely new, almost crayon-styled children’s cartoon aesthetic. A boy with a bat walking, and then the mascot appears

He reminisces on missing a pitch, the mascot walks up to him

And the art style switches to uncolored key frames for his reaction shot. Cute

And then it switches to the director storyboards for a moment, and then we’re out in the animation studio

They’re doing the VA sessions for “Mellow Maromi,” a new show based on the mascot

Cute cutaway explanation of what a production manager is, courtesy of Maromi-chan

Apparently the original director ran away, so the production’s behind schedule, so they barely have the materials they need to properly dub to

Kon’s favorite trick – the production manager nods off in the studio, wakes up driving his car

Nice direction of this car sequence, really grounds us here

Saruta is his name

Again, great use of incidental sound to set the atmosphere – the humming of the car, the regular sweep of the windshield wipers. It lulls us like it lulls Saruta

The writer is hospitalized, paralyzed from the arms down. The whole studio’s grumbling about it

Shirobako this ain’t – the whole studio’s a sagging, depressed-seeming place. Of course it is – this is Kon

And we meet another production manager, Nobunaga Oda. The audio refers to this guy as “desk,” so he’s gotta be the Miyamori-role one

The guy from H&M, the mascot company, comes over with plushies

Oh man, Shounen Bat skating silently along behind him on the highway. Real horror again

Our viewpoint character is basically Tarou

Another staff member has an accident

The rainy car ride is a framing device for the whole episode. Nodding in and out

And he sees Shonen Bat approaching in the rear view. The untrustworthy mirror, another classic horror device

He misses the air time. “It’s not my fault!” he repeats – and then sees his own arm is no longer colored

He’s being undrawn… but it was all a dream, and now he’s back in the car

Constant repetition of that shot of the fuel and time. Another classic Kon trick

The animation director also got hit by Shonen Bat

And the radio starts blaring the opening song, lol

Everyone either quits or gets hit by Shonen Bat. Kon not pulling punches – in the anime industry, everyone’s stuck in a corner

So it was Saruta himself with the bat. Wonderful shot as the phone rings

Yep, a condemnation of the whole industry. The next in line yanking completed work from the prior’s cold, dead hands

“Take a rest. Take a rest.” And then the tv shuts off. Brilliant episode