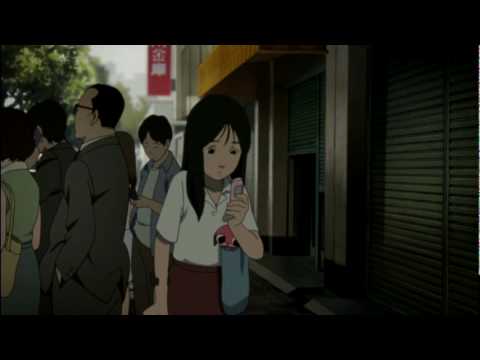 Paranoia Agent is a thirteen-episode anime series directed by the late Satoshi Kon, who specialized in mind-bending anime with some social commentary thrown into the mix. At times, the series resembles an anthology, with each episode throwing its star character through a Twist Ending, but everything later becomes connected in a way that rivals Serial Experiments Lain's levels of conspiracy.

The cause of these breakdowns is unique for every victim Lil’ Slugger attacks (see Fig. 1), but they typically come from some deep-seated psychological problem that is brought to its full-height by fear. For this reason, they are unable to deal with their present circumstances. This inability then causes them to look for something that will alleviate their problems, whether it be something as masochistic as Lil’ Slugger, or deceptively comforting as Maromi. But what it all boils down to is repression, and its consequences.

For example, there is one kid named Taira Yuuichi who is extremely egotistical and conscious about how others view him. While he tries to hide these flaws through his role as class president, his popularity starts to rapidly decline when the students start comparing him to Lil’ Slugger because of his age and what he wears. He even goes to the point of suspecting another kid for spreading the rumors, though he has no actual proof. So by the time Lil’ Slugger knocks him out with the bat, Taira’s fear of losing his status as the popular kid has overwhelmed him completely. But what occurs after he’s hit is very interesting, because despite having a head injury, Taira is no longer stressed, and he doesn’t remember what caused it. 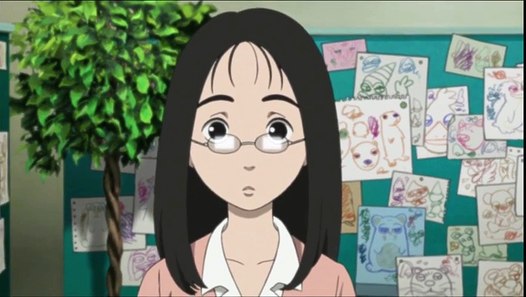 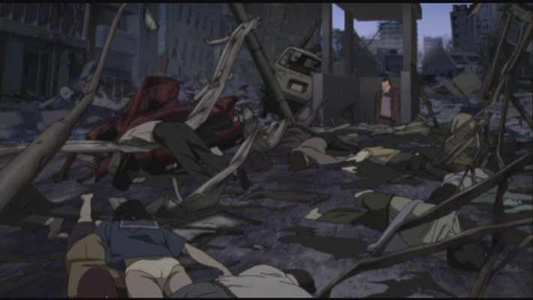 The same thing happens to the other victims, but as the series progresses, we discover that these so-called “cures” are only temporary. This in turn causes the fear to return, and Lil’ Slugger feeds off of these fears until he nearly consumes all of Japan. Now whether he is real or not is debatable, but what the show implies is that he’s a psychological demon created from Tsukiko’s denial when she accidentally killed a puppy, who happened to be named Maromi, when she was a little girl. So when she created the character Maromi many years later, the reppressed guilt began to surge, and then combined with the fear of losing her fame if she couldn’t meet her company’s demands, Lil’ Slugger came back, and she once again used him as an excuse to hide from her troubles. But because she was so famous, the image of Lil’ Slugger spread into the unconsciousness of the millions who heard the police report, who was then summoned by the mentally deranged who needed a form of escape, which included a sleazy reporter, a woman with split-personality disorder, a man whose ideals clash with a low-life reality, a boy who sees the world as a role-playing game, and a mediocre employee who murdered everyone on his production team.

All of these people are so far off the beaten path that fear is like a disease to them, and the only solution is through self-inflicted pain, which temporarly makes them forget it. But not everyone is completely clean, because as the influence of Lil’ Slugger increases, so does the popularity of Maromi. Born out of a disturbing event that Tsukiko tries to forget, Maromi also represents repression, but with a more comforting appeal. While Lil’ Slugger’s demeanor is dark and frightening, Maromi’s is innocent and cuddly (see Fig. 2). Its adorable face makes one forget one’s troubles in an instant, taking them to a happier place that lies outside of real life. However, the characters who experience this are completely out of touch from reality, leading to a false black-and-white interpretation that lingers as long as the complex fears remain reppressed. An example of this occurs when Keiichi, after being laid off the Lil’ Slugger case due to a suspect being murdered under his and Mitsuhiro’s pr0tection, falls into a vivid daydream where he’s back in the days of his prime as a cop while being accompanied by Maromi and a younger version of Tsukiko posing as his daughter, even though he never had one. Eventually, images of his wife start to appear, reminding him of the fear he has for her weak health and their shaky marriage. Through her, he learns of her recent death, which snaps him out of the false reality he’s created under Maromi’s influence.

So as you can see, despite Maromi and Lil’ Slugger’s differences in terms of promoting repression, they are similar in that they were made by the same person, and they both feed on the fears of people to sustain their existence. However, their attempts at reppressing people are thwarted by certain individuals, namely the detectives and eventually Tsukiko, because instead of giving into their fears, they accept them in some form. For Keiichi, it was the love for his wife that gave him the courage to realize the truth about Lil’ Slugger. Meanwhile, Mitsuhiro decided to take the path of the spiritual warrior, allowing him to confront Lil’ Slugger on a physical and psychological level. As for Tsukiko, it was accepting the guilt of her previous actions, and that was what ultimately destroyed her inner demons.

Mind Game (マインド・ゲーム?) is a Japanese animated feature film based on the comic by Robin Nishi. It was written and directed by Masaaki Yuasa and animated primarily by Studio 4°C.[1] It is unusual among features other than anthology films in utilising a series of disparate visual styles to tell one continuous story. As the director commented in a Japan Times interview, “Instead of telling it serious and straight, I went for a look that was a bit wild and patchy. I think that Japanese animation fans today don’t necessarily demand something that’s so polished. You can throw different styles at them and they can still usually enjoy it